There’s an old school exercise you probably haven’t heard of before or seen done in the gym. Its called the sissy squat and it’s not because its for sissies either. You’d think that it was easy with a name like that but its one of the hardest exercises for the quads. It’s definitely a great exercise to incorporate in your plan to build and shape the four muscles on the front of your legs, especially for women who tend to have the stubborn body fat there. 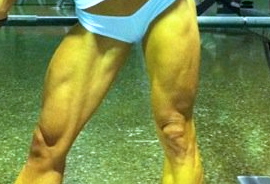 For those interested in how the exercise came to be called the sissy squat, they say its based on a greek god, Sisphyus. He was known for having thunderous thighs because of an impossible challenge Zeus gave him, knowing he would never succeed. Sisphyus was sly and treacherous; oftentimes betraying secrets of the gods. Zeus, was fed up with his wicked ways and as a way of punishing him, Zeus challenged him to roll a boulder to the top of a mountain. But unbeknownst to Sisyphus, Zeus would enchant the boulder to roll down every night so the mischievous god would be rolling the boulder endlessly and in frustration, never reaching the top. Whether there’s any truth to the story is not important, but interesting nonetheless. And it makes me feel smarter for sharing it. 🙂 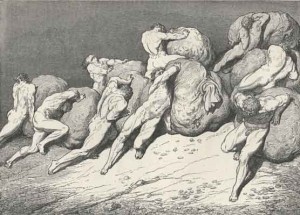 Here’s a video that demonstrates a simple way of doing the exercise with minimal equipment. The key with this movement is to perform the exercise so the negative portion (going down) is a bit slower than the positive movement and make sure to pause at the bottom. For instance, 211 would work well. ie. Two seconds on the way down, a one second pause at bottom, and explode up which would take a second or so. You also don’t need to go very low on the exercise since we’re focusing more on the quads, not the backside.