One of the most common things I come across when talking diet with a new client is lack of sufficient protein in their meals. This is more common with women. Often times they get just one meal with protein. What many people don’t realize is that we need protein to survive and thats why there are some proteins or amino acids (amino acids are the building blocks of every protein) that are considered essential. Which means, we can’t make those proteins in our bodies but we must consume them through our diet (either food or supplements). Here’s just a few of the functions protein is involved in, just to give you an idea of its importance: 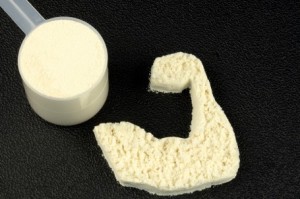 There’s also a matter of how much protein should someone consume. That’s debatable and there’s so many different schools of thought. As a safe rule of thumb, for the average person I recommend at least 1 gram/pound of bodyweight. Oftentimes, if the person is trying to lose body fat then the protein will go up as the dieting gets further along. I always try to state the importance of getting protein in every meal. Not only will it help build and repair your muscles from your training, but it helps control blood sugar levels.

Its easy to incorporate tasty proteins in your meals, there’s plenty of variety out there (eggs, cottage cheese, chicken, tuna, greek yogurt, fish, etc). Peanut butter is NOT a protein. There is protein in peanut butter but there’s more fat and therefore, its considered a fat. Too many people count it as a protein and eat it straight from the jar! That will only go straight to your hips.